A marker placed on the staff of printed music to indicate the position of the notes.

The C clef typically is shown as a stylized letter C. 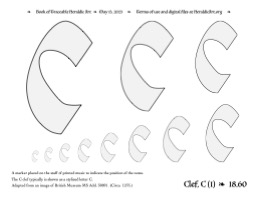 This form was used to represent C clef in mensural notation used in the 15th century. 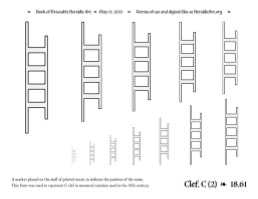 The G clef typically is shown as a stylized letter G with a swirl attached above it. 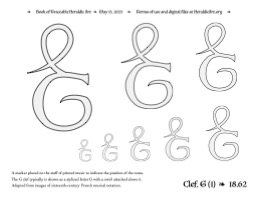 An Unofficial Resource for the SCA by Mathghamhain Ua Ruadháin